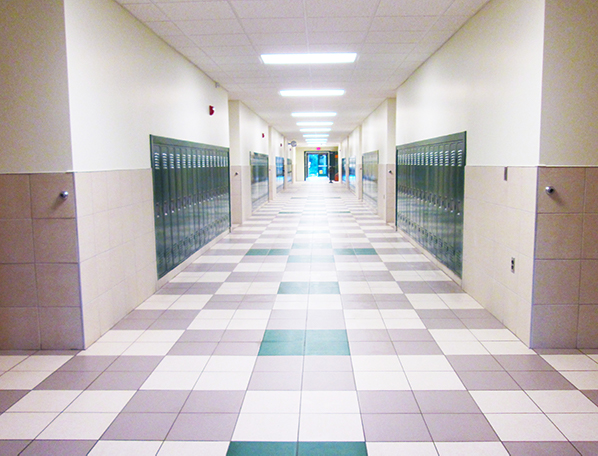 This project was a $1.1M building addition which included six new classrooms, a new restroom, and a new entrance/exit on the south side of the building.  AEW provided architectural design services for this building addition, along with structural engineering, and civil engineering for minor site improvements necessary to facilitate the new structure.

Additionally, Notre Dame Preparatory School and Marist Academy purchased a church adjacent to their existing campus, with a vision of bringing the elementary school, which was located five miles away, closer to the main campus. After careful programming, code and building review, it was decided that the existing 5,000sf church would be converted into a library, kitchen, multipurpose room/gymnasium and administrative spaces.

It was decided to use modular construction for the new 12 classroom, 13,000sf addition. A connector lobby was built on-site creating a seamless connection of the modular addition and renovated church.  This approach substantially reduced the overall construction timeline. In fact, the addition was completed in 139 days and the building was opened in time for the first day of school.