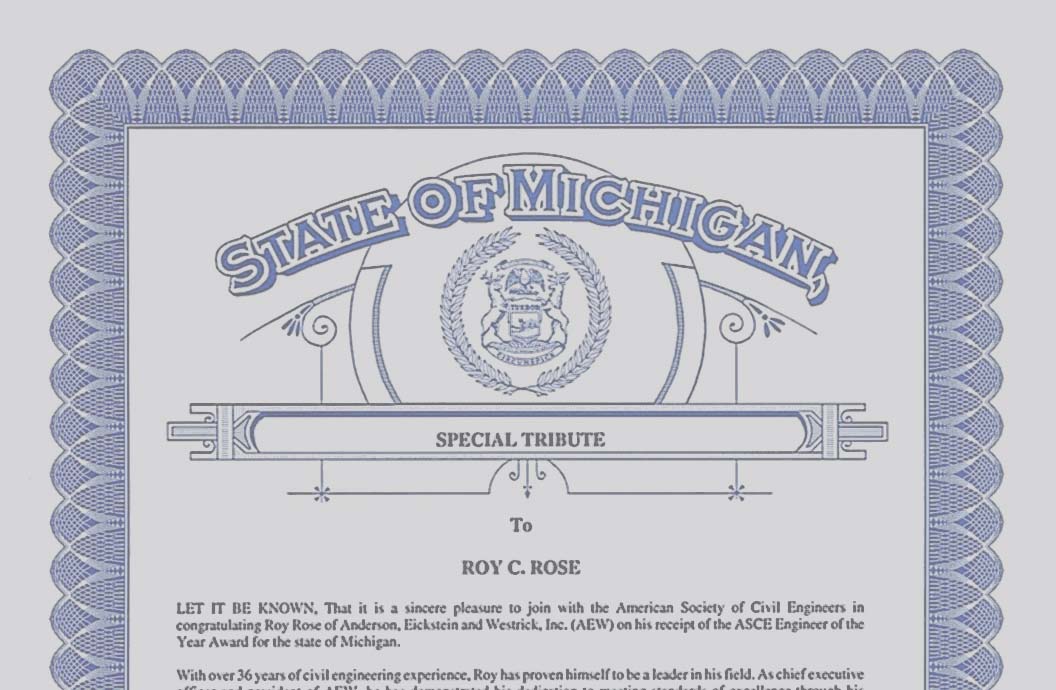 Our President and CEO, Roy Rose, was awarded the “Franklin D. Meyers 2016 Outstanding Civil Engineer of the Year Award” from the Michigan Branch of the American Society of Civil Engineers (ASCE) at ASCE’s Michigan Infrastructure Conference held in Detroit’s COBO Hall in May 2016.

He was also recently honored by the Michigan Legislature and Gov. Rick Snyder with a State of Michigan Special Tribute Award. 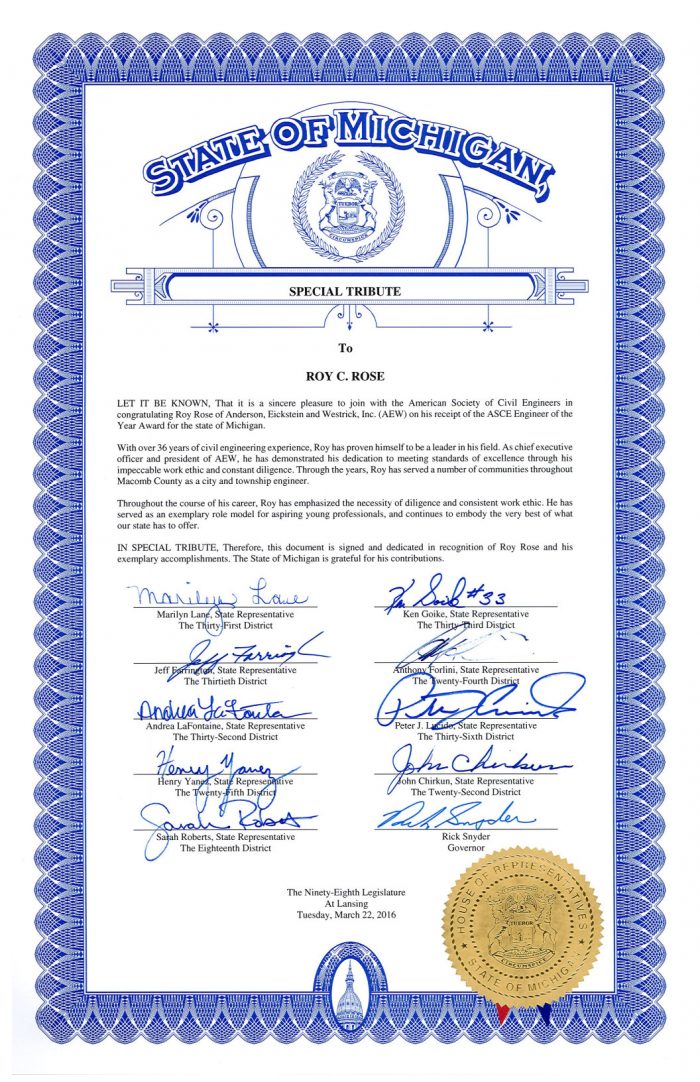 “LET IT BE KNOWN, That it is a sincere pleasure to join with the American Society of Civil Engineers in congratulating Roy Rose of Anderson, Eckstein and Westrick, Inc. (AEW) on his receipt of the ASCE Engineer of the Year Award for the state of Michigan.

“With over 36 years of civil engineering experience, Roy has proven himself to be a leader in his field. As chief executive officer and president of AEW, he has demonstrated his dedication to meeting standards of excellence through his impeccable work ethic and constant diligence. Through the years, Roy has served a number of communities throughout Macomb County as a city and township engineer.

“Throughout the course of his career, Roy has emphasized the necessity of diligence and consistent work ethic. He has served as an exemplary role model for aspiring young professionals, and continues to embody the very best of what our state has to offer.

“IN SPECIAL TRIBUTE, Therefore, this document is signed and dedicated in recognition of Roy Rose and his exemplary accomplishments. The State of Michigan is grateful for his contributions.”