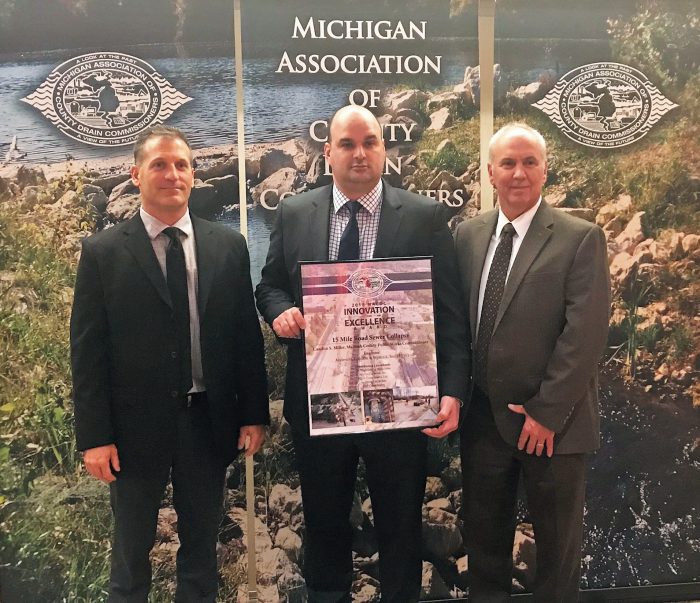 What began with a family living on Eberlein Drive in the City of Fraser being awakened very early in the morning on Christmas Eve day, Dec. 24, 2016, to “creaking, cracking, pounding” sounds, soon brought the realization that something was terribly amiss. The homeowner immediately dialed 911, and first responders confirmed their concerns, and brought in the City’s Department of Public Works. After evaluating the situation, they then notified Scott Lockwood, an Anderson, Eckstein and Westrick, Inc. (AEW) Director and Executive VP who serves as Fraser’s consulting engineer.

He responded to the scene, and consulted with Fraser officials in evaluating the newly-discovered problem. He was also in contact with the Macomb County Public Works Office (MCPWO), and they too dispatched a team of their engineers to the site to assist in determining the cause of the homeowner’s dilemma.

The “Romeo Arm Interceptor” is an 11-foot diameter, 4.3 mile stretch of wastewater pipeline that is part of the Macomb interceptor Drain Drainage District (MIDDD) in Macomb County, and serves approximately 500,000 residents, 40,000 businesses, and 11 communities, as well as

Selfridge Air National Guard Base. Once it connects with Oakland County, it becomes the Oakland Macomb Interceptor Drain (OMID), and ultimately flows into the Northeast Pump Station, just south of 8 Mile Road in the City of Detroit, where the flow is lifted into the Great Lakes Water Authority (GLWA) system. 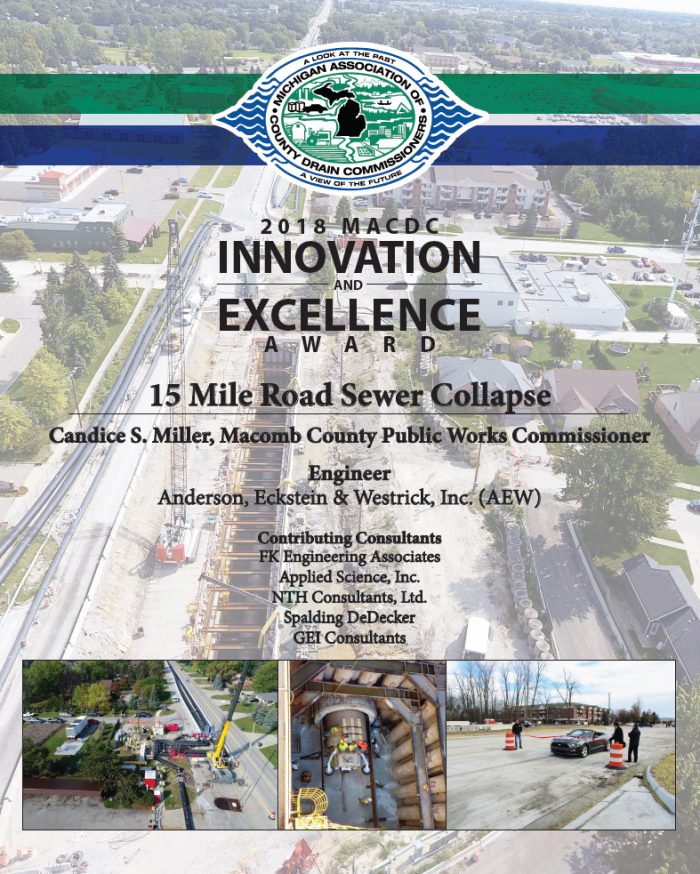 The MACDC presented this respected award to both the MCOPW and AEW at their annual conference and awards presentation luncheon.

The interceptor, 64 feet below ground level in this location, had suffered a collapse, evidenced by a growing sinkhole in the immediate vicinity. The Eberlein family who first notified first responders, along with 22 of their neighbors on the cul-de-sac, and another family on 15 Mile Road, were evacuated almost immediately as the sinkhole continued to spread.

This growing sinkhole displaced these homeowners early that morning, caused inconvenience to thousands, and had the potential for becoming an environmental disaster the likes of which have never been experienced in Macomb County. While located in the City of Fraser, the break was centered at 15 Mile and Eberlein, between Hayes and Utica Roads, with Clinton Twp. on the north and Sterling Heights to the west.

After almost a full year of intensive work by a large contingent of firms and contractors, led by the MCPWO and AEW, the repairs have been made. The downstream portion of the interceptor was also cleared of significant debris that had accumulated during the collapse, the recovery shaft and pre-cut were backfilled, and full wastewater flow was restored to the successfully repaired interceptor on Sept. 26, 2017. 15 Mile Road was also repaired, repaved and reopened to public transportation on Dec. 5. Minor restoration work will be completed early in the 2018 construction season. 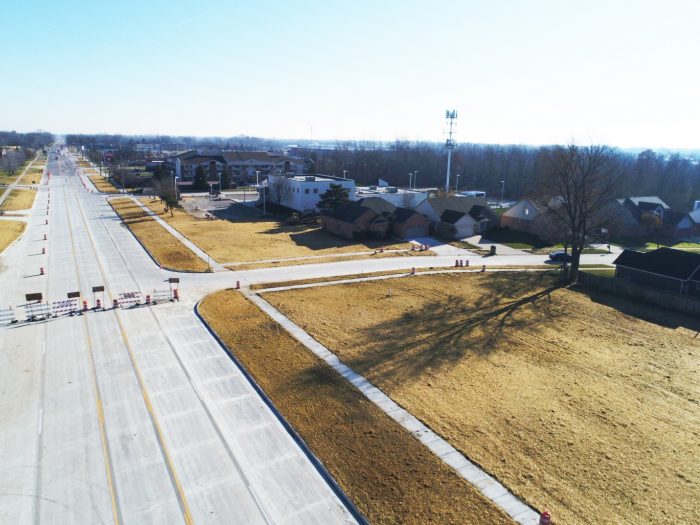 The “Sinkhole,” later named the “15 Mile Road Interceptor Recovery Shaft,” has been successfully repaired, 15 Mile Road restored and repaved, and restoration work is virtually complete, with some minor repairs to be completed in the spring construction season.

Click here to view a brief video describing this project.

Back to all news
next news article